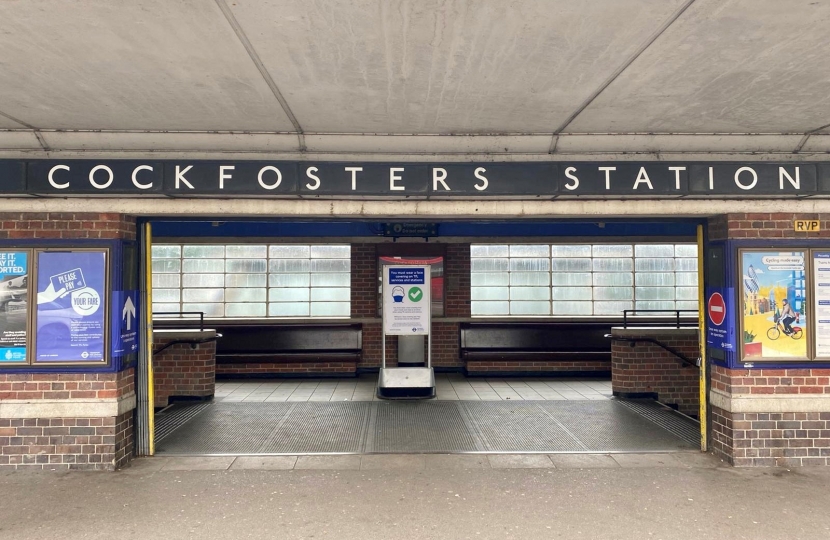 Why we are opposing the scheme …

Transport for London want to build 351 flats in tower blocks of up to 14storeys on Cockfosters Station car park.

There will be no parking provided for new residents, which would leave neighbouring streets packed with overspill parking.

TfL’s plans would also mean the loss of a vitally important park-and-ride facility at the end of the Piccadilly Line. This will deter people from using public transport especially Blue Badge holders and those with accessibility requirements.

We are campaigning against these plans and would encourage you to oppose them as well.

We need your help to stop this massive development in Cockfosters!

Please get your objections in as soon as possible!

How to submit an objection to Enfield Council about the Cockfosters car park development:

You can send in your views in one of three ways:

By filling in the forms online at https://new.enfield.gov.uk/services/planning/the-planning-register/ using the reference 21/02517/FUL.

By emailing planning.decisions@enfield.gov.uk. Please put the reference21/02517/FUL in the subject field and include your name and postal address in the text of the email.

By writing to Planning, PO Box 30, Civic Centre, Enfield EN1 3XA including the reference 21/02517/FUL as well as your name and postal address in your letter.

You may wish to refer to the following points on some of the strongest reasons in planning law why the development should be rejected:

Please send your objections to Enfield Council TODAY! and also sign our petition below.