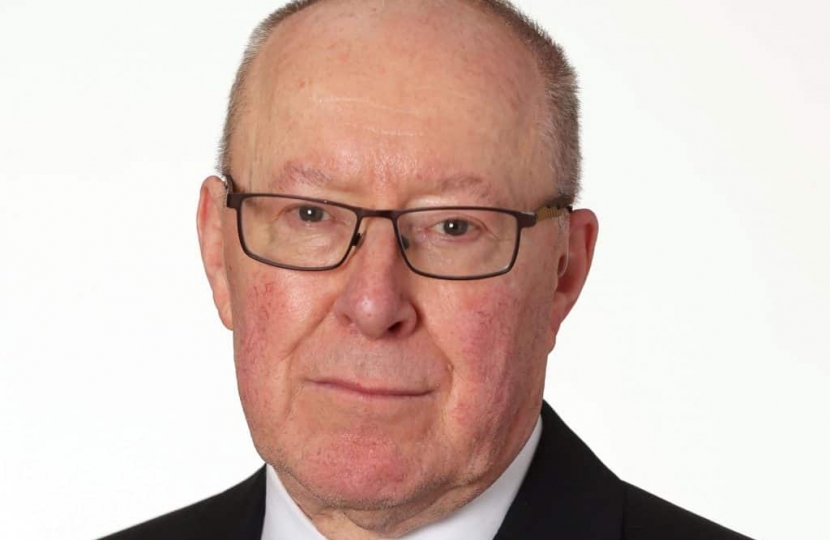 In this article, which is featured as a column in the Enfield Dispatch (Enfield Dispatch | The borough's free community newspaper), Cllr Terry Neville shares his thoughts and concerns on planning matters in Grange Ward.

This is my first contribution to the Dispatch and for those that don’t know me I’ve been a Councillor in Enfield now for 34 years, and during that time I’ve seen many changes, and sadly not all for the best!

Grange Ward is having more planning issues at present than I’ve seen for some considerable time. The present ones are a mixture of new, and it must be said controversial applications in the Enfield Town area, and an increasing number of planning enforcement cases as lack of determined action by the council over recent years has led to many more people effectively chancing their arm with developments  and arguing about it afterwards! I and  my two colleagues continue to press the council on these cases, and I’ve recently called on the Chief Executive to  investigate  how effective Planning Enforcement is in the borough which he is now organising.

In Enfield Town there are two significant applications, the biggest of which is by Deutsche Bank who own  Palace Gardens and Palace Exchange shopping centres. They are proposing a major overhaul of the shopping centres, particularly in the now very tired Palace Gardens. The plans we have seen for the revised Palace Gardens are a a major improvement on what is there now, including the incorporation of a ‘boutique’ Everyman cinema, and restaurants to boost the night time economy. There is however a big “but” –a major investment in the centre which this undoubtedly is, has to be funded and they propose to do this by constructing a 26 storey apartment block explicitly for rent only, above the shopping centre. We have  all met with the  developer and their  representatives and while recognising the commercial necessity, have strenuously expressed our opposition to such a tall building. We are currently organising a campaign against this aspect of the proposals. Watch this space!

The other significant development proposal is the redevelopment of the Metaswitch building at 100 Church Street, next to the New River towpath. This consists of two apartment blocks, seven and five storeys respectively. The taller one  will be visible from Cecil Road in particular, and again we have sought to persuade the developer of this site to think in terms of five storeys.

If that wasn’t enough, There is a third proposal, to build a 14 storey block on the Ross House site on Windmill Hill, to which we expressed our outright opposition when we met the developers. This has resulted in those plans being put  “on ice” for the present.

Last but not least, the Council has been consulting on its own proposals for street scene and traffic management changes in the Town Centre. There is much opposition to these too as they involve narrowing the carriageway in Church Street to one lane, quite ignoring it seems the existing volume of traffic passing through the Town which often causes congestion backing up from the junction with Southbury Road, to say nothing of the gridlock already caused when vehicles are diverted from the M25 at Junction 24 as accidents occur on the motorway. We are seriously concerned about the proposals generally  which we think do not address the basic problem of making the Town more appealing to shoppers so that the economy can be boosted. Further reductions in car parking will do nothing to bring shoppers in, quite the opposite – the Labour administration seem to think that cyclists are the answer to the Town’s problems, which I have to say is emphatically not the case.

It’s rather like the buses, nothing for ages, then they all come at once!

Cllr Neville represents Grange ward alongside Andy Milne and Chris Dey. Ward surgeries are being held online only. To get in touch:
Call 07852 903 724
Email Cllr.Terry.Neville@Enfield.gov.uk