David Burrowes on the Boundary Commission's Carve-Up of Enfield Southgate 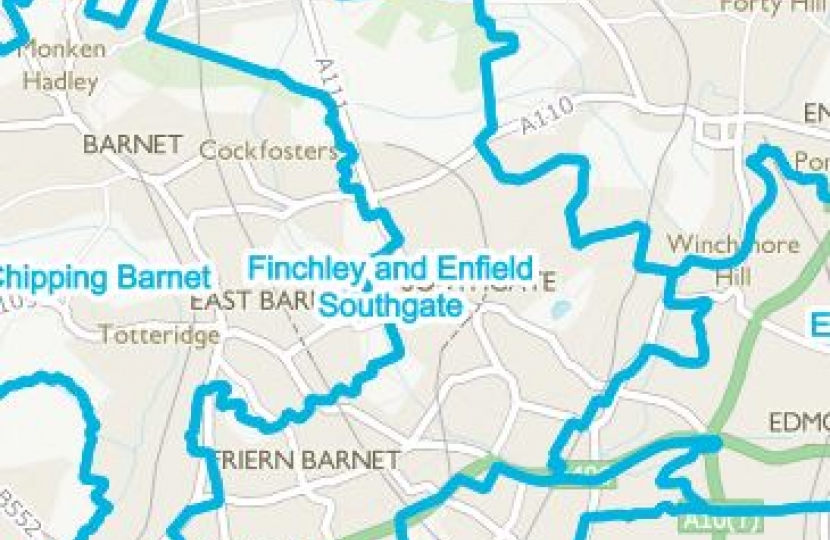 So the Boundary Commission plans to carve up Enfield Southgate rumble on despite a huge cross community cross party response in opposition. There is very little chance of these plans getting through Parliament. There are too many turkeys (with respect to my former colleagues!) unwilling to vote for Christmas - particularly with opposition from Labour and more significantly the DUP. However we still need to go through the process of registering objections and seeking revisions as we mark the card ahead of a likely new plan which is based on 650 MPs and an up to date electoral register.

The latest revised plan is better because it puts Cockfosters back in the mix with its natural neighbours Southgate, Southgate Green and Winchmore Hill following the link along the A111 and Piccadilly Line and restoring the long standing community ties. There is also some logic in linking up the Brunswick N14 and N11 area with the rest of Southgate and Southgate Green. However it remains totally illogical to artificially link up Finchley wards and Southgate wards  which are rather divided by the A406. Far better would be to accept SaveOurSouthgate proposal to bring in Bush Hill ward which has more in common with Winchmore Hill than Edmonton.

It is a shame the Boundary Commission has not followed the evidence of consultation responses in relation to Grange Ward. Most community representations recognise that the bulk of the ward has significant links to the rest of Enfield Southgate, both community and transportation dominated by the railway line from Grange Park to Winchmore Hill to Palmers Green. A minority case can be made for one polling district to be reunited to Enfield Town, as this was the situation until 2010. But this does not apply to the rest of the ward. The Boundary Commission has now got the precedent of wanting to split Brunswick ward and it could if necessary do the same with Grange Ward.

To all readers: Make your representation to the Boundaries Commission here and tell them to think again!