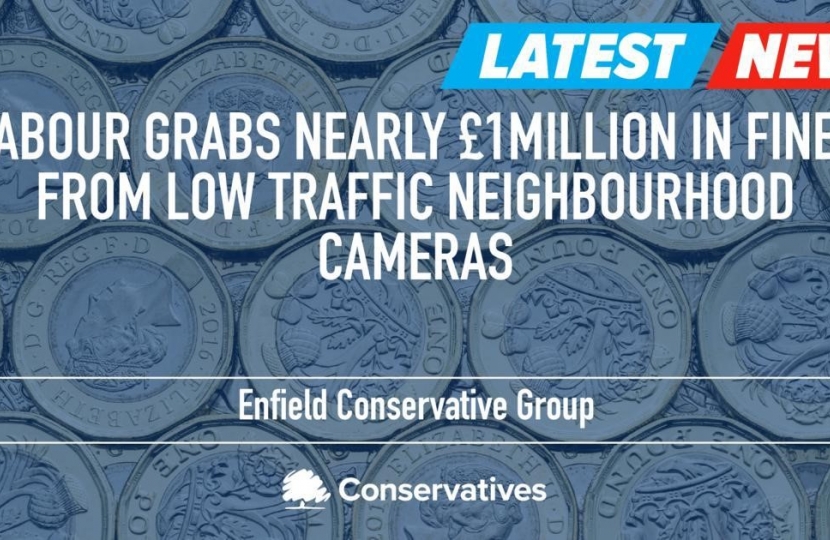 Road fines totalling almost £1 million have been issued to Enfield motorists for driving through cameras set up to enforce traffic-reduction schemes.

We have criticised Enfield Council for issuing more than 28,000 fines this year as part of its low-traffic neighbourhood (LTN) schemes. The signs and barriers put up without warning are not sufficiently clear to many drivers who have used these roads for many years.

In response to questions raised by Enfield Conservatives, council officers have revealed that up until December 7, penalty charges totalling more than £921,000 had been issued to drivers caught by cameras in the Meadway, Fox Lane and Warwick Road.