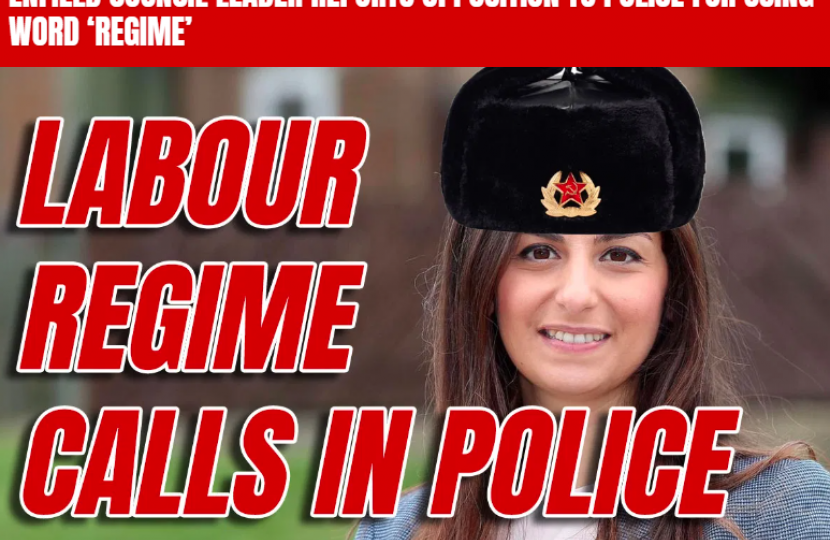 I ‘discovered’ as I read, with steadily rising incredulity, that apparently every positive step to ease the nation’s burden and safely bring us through the Covid crisis has been wholly orchestrated not by her Britannic Majesty’s government, but by, er, Enfield borough council!

It is breath taking that anyone, even the supporters of this left-wing council actually believe the bovinely crass assertions that an almost bankrupt north east London council is capable of running its own affairs, let alone dealing with a crisis!

In such a local atmosphere, it was unsurprising that Conservative councillors have been highly active, calling this ill-run council to account, supporting local campaigners and outraged residents suffering the mindless imposition of pollutant LTNs.

Watch Councillor Chris Dey's video commentary on the LTNs, and the Labour administration that have implemented them, here: https://chrisdey.uk/blog/

It was perhaps inevitable that Enfield’s Labour leader, with a proven track record for bullying, would snap aggressively and thus it was.

For the perceived ‘offence’ of referring to her governance of Enfield as a ‘regime’, she demanded satisfaction and criminal sanction for Councillor Chris Dey, whom she reported to the police as guilty of islamophobia and racism!

Cllr Caliskan was apparently so incensed at legitimate political opposition, she demanded our tired and overworked police service waste their time on a complaint that has no conceivable basis in law or logic. Such actions not only damage the public purse but are an insult to every man, woman and child living in the borough of Enfield.

I have today telephoned Enfield borough council and after a 25-minute wait, was provided with the email address of the monitoring officer to enable me to register a formal complaint about the conduct of this irrational Labour councillor. She has acted in a manner totally unbefitting public office in publicly falsely accusing an innocent opponent of a criminal offence.

Cllr Caliskan and her ilk have lost the right to govern.

We link you at the bottom of the page to the response from the Enfield Conservative Group to Enfield Council's draft Local Plan. We urge all Enfield residents to have a read of this very important document setting out the flaws in the draft Local Plan.